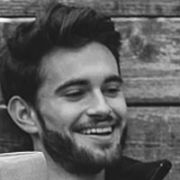 I first starting drinking and smoking weed when I was 12. Weed quickly became a daily habit alongside binge drink at parties every weekend.

At around 18 or 19, I started experimenting with party drugs, coke and stuff when I could get into the clubs and then weed as a way to manage and calm the comedowns.

When did substances become a problem?

In 2019, I developed severe cluster headaches and they were so painful that I started to take cocaine to manage the pain as it gave me a boost and helped me function.

Coke helped me cope with the headaches but then I couldn’t sleep so started drinking heavily to knock myself out. I started noticing withdrawal symptoms like the shakes so took a morning drink to get to work. Obviously, this is where things began to spiral.

Life became really hard. Girlfriends left, no relationship stayed stable and my entire day to day routine broke down and became chaotic. I stopped going to work – I had a bit of anxiety too, which around this time kept me in the house.

What made you get help?

I relocated back up Manchester to my mum’s house thinking that would fix things and tried to detox from alcohol myself. I managed to kick the booze a couple of times for a few weeks, but something would happen and I would start again. I wasn’t very good at sticking to things.

So I ended up drinking more and more and in the end, I woke up drank, slept, then woke and drank all over again.

Things gradually got worse and I was more physically dependent on alcohol than ever, even though I wouldn’t admit it to anyone.

My parents had had enough and I ended up homeless on my own just drinking and sofa-surfing for about three months. I was losing friends, stealing and lying. I felt so bad, but that just pushed me to drink and use more.

Then things got bad.

I was taken to A&E and detoxed over a weekend when a friend could not wake me up when I was comatose and vomiting.  The nurse said she had never seen a liver count so high and I was lucky to be alive.

I asked for help as I was homeless, penniless and without hope. Luckily my parents have a heart or I would have been back on the streets and god knows what would have happened to me then.

Why go to rehab?

I had a social worker that was arranged at A&E who told me the NHS would be able to help but not for about 18 months. I did not think I would be alive that long. I was yellow from jaundice. My parents re-mortgaged their house to pay the bill.

If you hadn’t got help where would you be?

Honestly, I believe I would have drunk myself to death.

I finished 28 days in rehab and attended Alcoholics Anonymous meetings. I have been sober for 22 months and I have a new baby girl. It has been hard and I wish I wasn’t an alcoholic but when I hold my little girl Maisie in my arms I knew I had to stick to things and just maybe I will be OK.