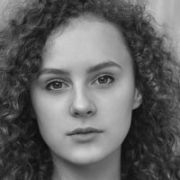 I had my first drink as a teen when I was about 14. Where I lived wasn’t really strict about getting into pubs and clubs. It was only a small town and we would always have a favourite pub where the alchys went anyway.

I spose that was the start of it all. One of my friends outside of one of our haunts offered me some spice – at the time, I didn’t have a clue and hadn’t even tried weed yet. So I took a few drags of what my friend told me was “clockwork orange.”

It was really mental. I have never experienced drugs like it to be honest. One moment I was on the ground speaking to my mate, the next minute I was being shot up into the clouds.

You’d think after that nuts experience that I wouldn’t have done it again, but I did, quite a few times, especially around my friend’s house, who at the time was actually addicted to legies.

I spose my teengage years were kind of normal. I’d drink, smoke fags, smoke splifs and even dabble in a bit of MDMA and ket.

After leaving school, I started to work for a company where I travelled a lot around the UK; sometimes in teams. My manager had an expense account whilst we were away and the culture was to ‘work hard, play hard’.  I made a lot of money and was good at selling. And afterwards, we would celebrate by taking a few grams of coke.

Then basically drink till blackout. Then sleep with a lad and wake up and do it all over again. Bit shameful looking back on it all now.

I always struggled from some sort of anxiety, but never really knew what it was when I was younger. As an adult it came in the form of panic attacks and now through therapy I know they came because of past trauma – with what happened to me when I was a little girl.

But at this point I couldn’t manage it and ended up stealing valium from my mum to cope an even dabbled with a bit of diazepam, but my dealer didn’t always have it.

When did it get bad

When drunk and out clubbing I was raped. I didn’t remember anything and in my family, you didn’t go to the police ever. My face was bruised and my nose was broken.

This led to trying to numb my emotions through drinking more; now in the day. I got warnings at work but I was having an affair with my boss so he said it was OK for now. My friends seem to not want to know me so I changed to friends who drank more than me.

My mum kicked me out for punching her.

My anxiety was worse and my panic attacked kept me off work for three months. I lived with a lad who just used me. I drank cider and vodka all day and smoke week in between. I lived on the sofa.

Life looked up when I got made redundant and had some money.

I also started to make bad financial decisions and relied heavily on petty crime and universal credit to get by. I worked less and less and began to sleep more and more. The debt piled up and my boyfriend dumped me. I went back to live with Mum aged 32, drunk single and broke.

My Mum’s new boyfriend by her standards was a decent bloke. I noticed he was actually nice to her and didn’t try it on with me or my sister. He seemed calm and happy. He wouldn’t say anything about my drinking and when it was bad he and my Mum would stay at his house.

I didn’t seek help due to the stigma attached to being an alcoholic or just plain mental. I sort of just watch TV and cried a lot. I’d stopped eating and was surviving on pretty much just wine, vodka and fags.

It was Frank who introduced me to AA.

He said he’d seen how much I struggle with life and drink and that I was dying inside. He knew I took loads of medication too.

He asked me to speak to Maggie. Maggie was a woman at his meeting. She agreed to help me. She was really strict about calling her and attending meetings. At times I felt like giving up but I knew that something had to change or I would just kill myself or hopefully die in my sleep.  I couldn’t.t stay sober just on meetings I was too damaged.

She helped me get into a treatment centre run by the church in Haslemere. It has now closed which is a shame. When I got out she was there for me and helped me get my money together and the flat.

I’ve gone college to do my A-levels and I am going to go to Uni to become a teacher. Being sober can be a bit dull and first but the depression has gone and I feel so much happier.