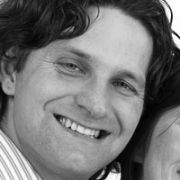 By the time I was 17 I was drinking daily from the moment I woke up till I blackout. My home was very violent with my step Dad hurting my Mum.

I thought I was too young to be an alcoholic. I was aware I was out of control with my drinking a few times. All my friends drank but they seem to be able to stop. If you felt like I did you’d drink too. Home was hell was I stayed on the streets.

I got arrest for stealing a car, and then again for stealing a moped. I didn’t see drinking as a problem as I knew that other people drank more than me. Every time the police came round Dad would beat me.

By the time I was 19 I could not get out of bed without a drink and then a joint. I was sick all of the time and my face looked grey. I got money through robbing shops.

I tried to get help when the police gave a chat about drugs at Lewisham college but the copper knew me and told me to get lost.

I started stealing food and selling it to my neighbours to get money. Someone must have said something as the police were always at my house and fighting with my Mum. My step-Dad left.

I got kicked out of home for making my girlfriend pregnant. We were going to get married but I beat up her brother so she ended it. I don’t think it helped that I kept wetting the bed.

I just drank, stealing stuff to get money and then drinking more. I know drugs were bad so I stayed away. I slept at my mate’s house and then in the street if I could get drunk enough. It was OK in summer but cold in winter.

I mugged someone for the first time which did my head in as I couldn’t run afterwards. The police caught me and sent me down as I had hit the woman in the face four times laughing whilst I did it. I couldn’t remember anything.

I had an “alcoholic” fit in the cells as I could not get anything to drink and the police just ignored me when I asked for booze.

I was taken to the hospital after I bit my tongue so badly it had to be sewn back on. I still can’t speak properly today.

There is hootch in prison so I was OK. There was violence but I’ve been in fights all my life so that was nothing new.

When I left prison I was offered help with my drinking. In prison, I had seen people who were sober and went to meetings. They seemed less mad so I liked what they had. I saw the doctor and asked him but he didn’t know.

What made you get help?

Help found me. I got offered treatment in Bournemouth. I don’t know how I got it. It was for six months. Here no one hit me and there were three meals a day. To stay all I had to do was not drink.

I went to therapy groups and the AA. I can’t read so good, so someone read the Big Book to me. His name was Peter and at first, I thought he was a nonce but it turned out he was just trying to help me.

He is now my sponsor. I have not had a drink for over two years now. I still go to 5 meetings a week. I have found that I don’t need to fight everyone and when I get angry (which is often) to just pray and let go and let god.

I don’t know how it works but it does. I know do prison talks at Guys Marsh prison now I have a car. I am grateful they let me out.