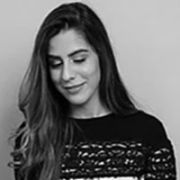 My parents were strict Catholics so I was a late starter.

I started using drugs when I was about 20 at uni. I found drinking make me obnoxious, whereas cocaine made me fun and cool. I felt alive and the cost was paid for by student loans and overdrafts.

Everyone said they looked up to me although I had been seeing various therapies for years.

It was after a few years of using other drugs as well as coke that things started to get problematic. My spending started to get out of control and I was selling my stuff to buy coke. Instead of using at the weekends, I used every night as it meant I could drink for longer.

I was seeing my family less and less and life revolved around scoring and using drugs. Now when I look back at this time, things were pretty bleak. My parents did not know anything about drugs and I used to go home and steal my mother’s jewellery and foreign currency to pay for my habit. The cleaner was arrested as my parents blamed her for the theft.

I tried yoga, church, aromatherapy, mindfulness and Pilates and nothing helped. I just used more to get over the feelings of being alone and hopeless. I was drinking two bottles of wine a night and spending over £1400 a week on coke. I now slept with men who had drugs.

I felt I had no future. I did not see how I could escape using cocaine. I was lost. So I got married to a man 30 years older than me, he’ll look after me…

It took me years of slow sinking to reach my rock bottom. Everyone had left.

In summer 2020, I developed severe stomach and chest pains which I believed were a result of damage I’d done to my liver through drinking and snorting. I thought I was dying, my heart was racing, I was numb down one side, I was dizzy and couldn’t stand. My husband was in Dubai and I was alone again. I drank the pain away. Two days later the blood was coming out of me and I was hearing demons talking to me wanting to get me to kill myself.

I was taken to the local in Hammersmith hospital by ambulance and admitted to A&E.

After about 10-15 minutes, a nurse came to see me and told me I was had internal bleeding and I would need an operation.

Afterwards, a doctor came to see me and told me that my drinking was damaging my insides and that I would die soon if I continued. He gave me leaflets on limiting the number of units I drank and then left. That was it!

I drank within an hour of leaving the hospital and used as soon as I could get an Uber.

My husband took me back to A&E when I tried to kill myself two days later with an overdose. Here they pumped my stomach.  I told them I forgot how many pills I had taken. I was sectioned as my husband washed his hands of me and wouldn’t take responsibility for me.

I was out of my mind. NHS secure units are very scary. In the unit which was mixed, I was attacked by two women and strapped to a bed as I became hysterical.

I was discharged after 10 days into the care of my useless husband. I was put on a waiting list for a therapist at my GPs.  I was offered online Zoom counselling.

My family organised an intervention when they found me wandering around a graveyard in Earls Court at the back of our house naked at 5 in the morning. My husband asked for a divorce which was understandable.

I told my Mum and Dad all about the thefts and my problems. The intervention woman was kind. No one seemed surprised that I was such a mess. At first, I was angry and then I just cried with relief that someone was finally helping me. I wanted to die again. See arranging an intervention.

I was in treatment for 28 days and then went to secondary treatment for three months. I liked the people and found that I wasn’t a monster and that I could be forgiven and helped. I throw myself into recovery and completed all of the steps within 7 months. I have now been clean for one year!!!!

If you hadn’t got help where would you be? I would be a mad woman in an asylum somewhere.

Brilliant! Divorced but happier.  My relationship with my family is really good and I have replaced some of my Mum’s jewellery.